This is a pretty hot topic at the moment, which is a good thing in my opinion. Women in Football.

For a long time, Australian Rules football has been a male dominated sport, from the on-field players, coaches, to the administrators and supporters. It has been seen as a "boys’ club” since at least the 50s and 60s, mainly due to the brutality of the game.

Over the last 15 years, there has been a slow shift within the industry, to encourage the inclusion of females in AFL circles. This is due to the increase in popularity of female players at grassroots levels, along with a mixture of creating a more family-friendly environment at AFL games. There is mixed feedback from the public; over a number of female AFL related issues, which I want to address here.

In 2015, the AFL in-conjunction with Melbourne & the Western Bulldogs Football Clubs staged two Women’s AFL exhibition matches at the MCG and Etihad Stadium. These matches were played as curtain-raisers to the Men’s fixture and featured the top 50 female players from around the country for that year. Awesome initiative and the fact, that is was backed by the AFL clubs, was even better.

The second game last year was actually broadcast on Channel 7, which drew an impressive 301,000 viewers nationally (The Age, 2015). In Melbourne (for that weekend), it had a larger audience than the game on the day before, between Adelaide FC and Essendon FC. So, based on these numbers from 2015, it’s obvious, that people are definitely interested in female football.

Fast-forward to the 15 June 2016; and the AFL officially and historically announces the teams, which will be competing in the NWL (National Women's League 2017). Awesome right?

"In alphabetical order, the teams that will compete in the inaugural national women’s league are:

This is a really positive step for all the young girls out there aspiring to become professional footballers.

You get a lot of traditional AFL supporters putting down the idea, because they don’t like the idea of girls slamming into each other or claim the skill level won’t be the same as the men, but c’mon really? If you had the open-mindedness and willingness to give something a go, you would have checked out the exhibition matches this year!

They were pretty tough games of football (rougher then I expected) and the girls showed some pretty good skill, considering they haven’t been professionally coached for a number of years. So I say, why not, when it comes to the Women’s AFL comp? This will give aspiring women a chance to be on the big stage; and it will even become an alternative for a number of footy watchers. And really at the end of the day, if you don’t want to watch it, don’t watch it! 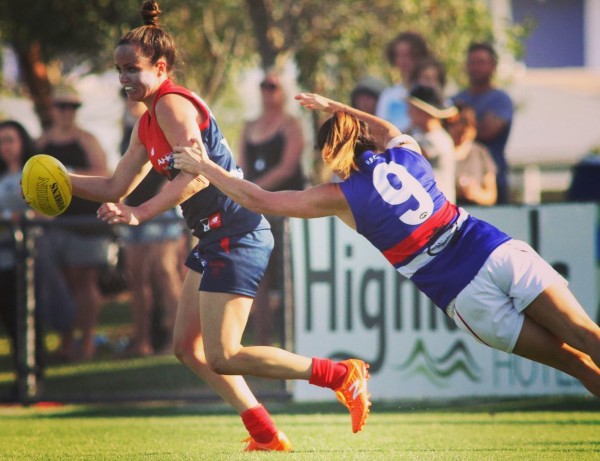 The other big story to come out in recent times, has been the addition of media identity, Rebecca Maddern, to the AFL Footy Show cast. Rebecca, has previously worked as a newsreader & reporter for Channel 7 and has made the jump to Channel 9, to co-host the show with James Brayshaw.

The Footy Show has leaned towards a more misogynistic approach on popular topics since it’s inception, which has been mainly driven by Sam Newman. The humour has sometimes been labelled as sexist or racist, where panel members try to make 'light' of some of the more serious issues surrounding the AFL.

So you can guess the audience-type they would have acquired over its 20+ year history of the show and you can see why most of the audience are shocked, that they would throw a woman into the mix.

The outcry from fans has been pretty disgusting to put it bluntly, hundreds of posts of the Footy Show’s Facebook page, which have now been deleted, show you how backwards a large number of the AFL public really are. I can’t show you the bad ones, but even some of the ones that are still there have a sexist undertone to them:

Here are a few things that people need to read, before they pass judgement on Rebecca Maddern and Channel 9: 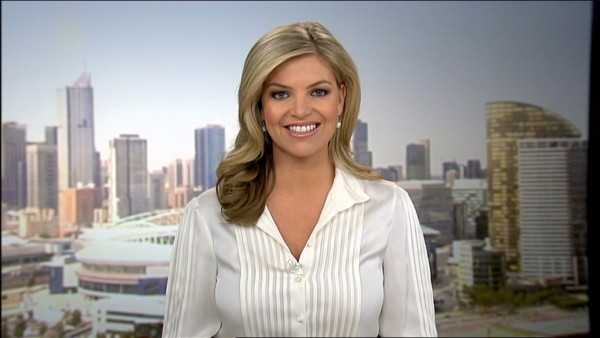 Overall, I’m glad we are starting to see a cultural shift in the presence of women in AFL, because I think we are all mature enough to accept, that not only do they have an interest in football, but they are a part of football.

I believe, that it doesn’t hurt anyone having more passionate people involved in a sport; in fact we should see the game grow to new heights over the new couple of years.