Brodie’s early years saw the young draft hopeful, kicking the footy with his two brothers in their backyard. At 17 years of age, Will Brodie, had never imagined his footy would take him to where he is today.

Empowered and driven by the likes of Paddy Dangerfield… Will is heading into the 2016 AFL draft optimistic. Brodie has been surrounded by football from a young age; and has consistently has built-up his skills and stamina on the football field year after year. 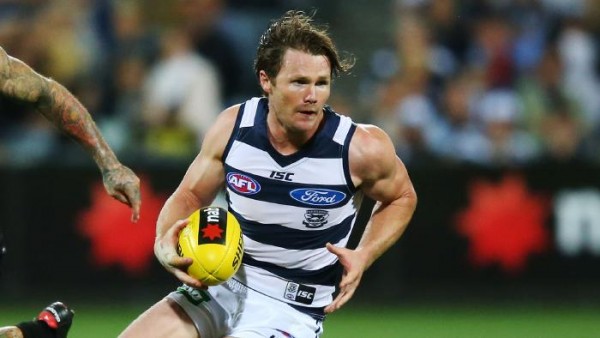 Having grown up in the small country town of Shepparton (rural Victoria) Brodie first decided to move to Melbourne, to attend year ten at the prestigious Scotch College located in Hawthorn, after accepting a scholarship. Talented in many sports Brodie had to make the difficult decision between basketball or Aussie rules football; and looking back on this decision, he holds zero regrets.

This young-gun, has been associated with several AFL teams in Melbourne and has spent some time training with Richmond’s VFL side, to ensure his skills are of a standout level, in preparation for 2016 AFL Draft Combine to be held in October.

“I just have to manage it all, find a way to juggle school on top”, explained Brodie as his football commitments include playing for a few AFL Academy teams and Scotch College. 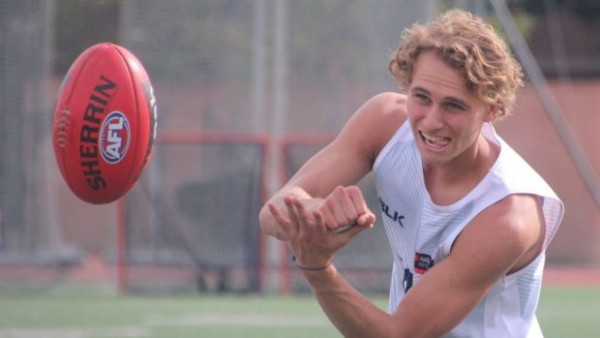 Brodie’s impressive 1.89m frame is definitely hard to miss on the footy field, as he dominates the midfield. The natural-born competitor, has set himself up for big things, with his busy schedule consisting of training sessions to keep him focused on his goals.

Brodie admits, “Football was something I’ve always loved and I have been lucky enough to be involved in a few talent pathways”.

The 2016 AFL National and State Draft Combines are quickly approaching. Brodie sees himself as strong contender and believes that the last few years have definitely helped establish his skill-set. Brodie is definitely considering football as a career path he wants to take. “My overall goal is to see myself in a strong position heading into the 2016 AFL draft”. Brodie discussed that he believes all the long hours and physical/mental toughness, will soon be worth it.

Brodie has been extremely lucky, as injuries have never taken a serious toll on his football campaign. Small-scale injuries for Brodie made him more determined to become better. “I was always aiming to get back on the field and to get through rehab.”

The ability to switch between different clubs, including his school football team, and TAC Cup team the Murray Bushrangers; demonstrates Brodie’s ability to be flexible with his skill-set, as required. “Constant communication and awareness to all the clubs I play for can be tough, but it is just something you have to keep on top of...”

Watching a footy match five years ago as a spectator for Brodie, is a completely different experience to sitting at the MCG watching a match in 2016. “I like to watch individuals, where they’re running, their running patterns and where they position themselves.”

After living away from his hometown of Shepparton for the past two years, Brodie has not set limits on his career path, as he explained he is, “open towards all (AFL) teams in the future” pre-draft selection.

Footy season is ending and Brodie is aware of how crucial his final training sessions and matches are. Brodie is determined to be the No.1 draft pick for 2016.

Fuelled with creativity and confidence, Grace loves to explore all journalism facets of writing and reading. She thrives on a challenge and delving into understanding people's stories. Full of energy with a passion for sports and a soft spot for AFL - she is here to kick goals!