Jono Kiklis
Share
The 2017 AFL Season has everyone talking!

How good is it to have the footy back?

It always feels like the off-season goes on forever, but take a moment to think about it, the footy chatter doesn’t really stop between September and March?! There is the National Draft, trade and free-agency dealings; and then there are some parts of the footy media who start predicting how the next year will pan out, before the ball has even been bounced.

For the first time in years, I have attended both the Thursday and Friday night games; and I have watched another four games over the weekend, which is a lot of footy by my own standards!

So there were plenty of news stories that came out of Round 1 of the AFL, here is a recap of my top five:

1. Round of the Upsets

Half the games in Round 1 went against punters' predictions. Although you can never really guess how Round 1 will pan out. Wins to Port Adelaide, Essendon, Adelaide and even Brisbane surprised a lot of people. When is the last time Port Adelaide won at the SCG? And we knew Essendon would come out firing Round 1, but they made Hawthorn look like a slow team, which is something the Hawks have not experienced in quite some time. Do we throw it down to just Round 1 being 'an unknown' or do we (as supporters) already start raising some flags? 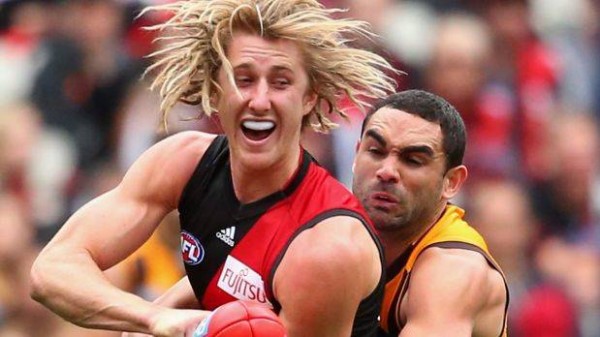 It was a much-debated rule change in the Pre-season, having to get your ruckman to nominate if they are going up and the third man abolished. I’m a fan of the rucks duelling it out, as it does give them more of a purpose again, but the rule change seemed to be poorly communicated by the AFL to the players. They didn’t really trial it in the Pre-season, so a number of players struggled to understand the process in-full during Round 1. I’m sure this rule change will work itself out, but it didn’t look to flash on behalf of the 'AFL Rules of the Game Committee'.

Not only did the Hawks struggle in the second half against a spirited Essendon – fans had to watch Sam Mitchell and Jordan Lewis dominate for their new clubs. Mitchell collected 38 touches in the Eagles 43 point thumping of the Roos; and Lewis had 32 touches in the Demons win over the Saints. Hawks fans might be telling you that they’re not upset, but it would have been super handy to have those two players still in the brown and yellow. 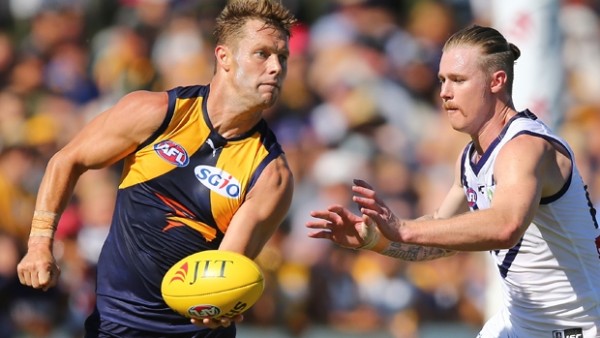 Although, I do think it is stupid to start picking favourites for the Brownlow, but there honestly were some super-standout performances from a few players, which I’m sure have already shortened some of the odds amongst bookmakers. Dustin Martin looked scary-good in a 33 possession, four-goal game on Thursday night. Pendles was almost a game winner for the Pies, Heppell was huge for the Dons and even key forwards like Josh Kennedy (kicked seven) – hard to not give three votes too.

It took Coach, Paul Roos, three years to turn an abysmal Melbourne team into a competitive, high scoring outfit and if Round 1 is any indication of what’s to come this year, Demon fans will be a very happy bunch! It was plugged as possibly being match of the round, but Melbourne went up a level and showed how dangerous they can be in 2017. The recruitment of Jordan Lewis will honestly propel the club into the finals mix this year; and with Max Gawn continuing his stellar form, they are going to be a very tough team to beat.