Every year at the completion of the AFL season, teams are given 'draft picks' determined by their ladder position. The lower the ladder position at the end of the season, the higher the draft pick received. This year, Essendon finished last on the ladder; therefore, receiving draft pick number one.

Each AFL club begins the NAB AFL Draft with three picks (selections); however, clubs can trade and exchange draft picks during the trade period – and may end up with many more or less, then their original three picks. Another layer of intricacy atop the draft, is that clubs can also swap for future picks. For example, a club may trade its first round pick (picks 1-18), for a different first round pick and/or second round selections (picks 19-36) in next year’s draft. So although the draft selection order is dictated by ladder position, a team’s order of picks for a given year can also be influenced by past and future trade deals. 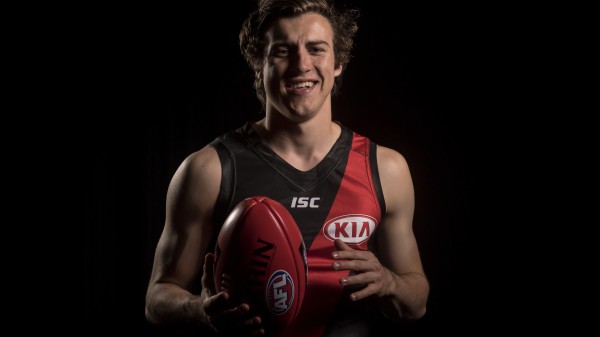 The player selected as the number one pick is deemed to be one of the best, if not the best, young footballer in the nation for that year. A player’s ability may be based upon their performances in the NAB AFL Under 18 Championships and TAC Cup competition. The Under 18 Championships is a state-versus-state tournament and the TAC Cup is the highest-level football league in Australia for players aged under 18.

The player chosen as pick number one this year (by the Bombers) was Andrew 'Andy' McGrath, standing at 179cm, the 75kg midfielder can also play across half-back. McGrath was co-captain of Vic Metro during the Under 18 Championships and was best on ground during Sandringham Dragon’s 2016 premiership win. Also an impressive athlete, McGrath excelled during the NAB AFL Draft Combine testing, where he was second-fastest in the repeat sprint test (6x30m sprint) and jumped highest in the running vertical jump. 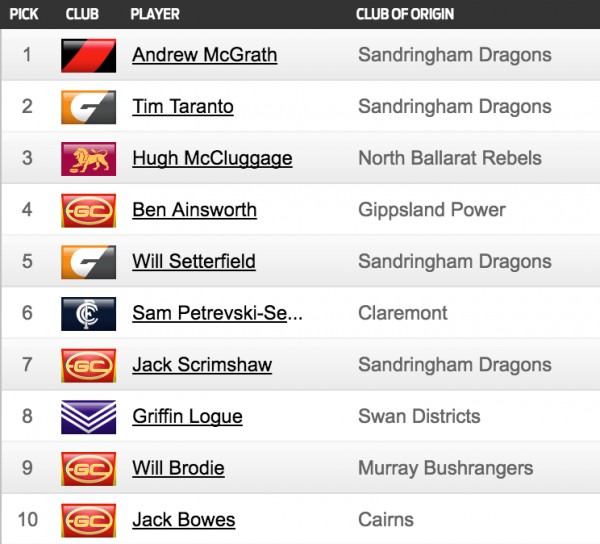