Ah West Coast, we’ve seen you go from grand finalists and 2016 flag favourites to desperately clinging on to a spot in the top eight, but you’re still not the biggest fall from grace we’ve seen in Western Australian footy this year, and there’s only two teams to choose from.

While the Eagles certainly haven’t exceeded expectation this season, they haven’t performed too poorly either. Their place in the finals isn’t expected by many to take them very deep into September, but their spot is secure, which is no small feat in today’s game. However critics from every corner of the footy world have been tough with West Coast this year, and more often than not it comes back to the same point: they can’t win outside of WA.

So is this claim really true? Are the Eagles significantly worse performers when they play away from home? I had to crunch the numbers to find out, and the answer I found might surprise you!

Well, that is to say it might surprise you if you are a conspiracy theorist who distrusts anything the media says, because they are absolutely right.

As of my research (which was completed prior to the start of Round 21) West Coast have a 90% win record for the year when they play at home. That’s right, they’ve only lost once all year in a home game (to Adelaide if you were wondering). Comparatively, their win percentage in away games is only 44%, less than half! If you’re wondering what this looks like, let me put it this way: If West Coast played every game outside of WA, statistically they would be sitting on about 8 wins. So instead of being cosy up in 6th, they would be somewhere between 11th and 13th, on par with Richmond and Collingwood. If, however their win percentage for the whole season was 90%, as is their home game record, not only would they be on top of the ladder, but they would be two games clear of Hawthorn. 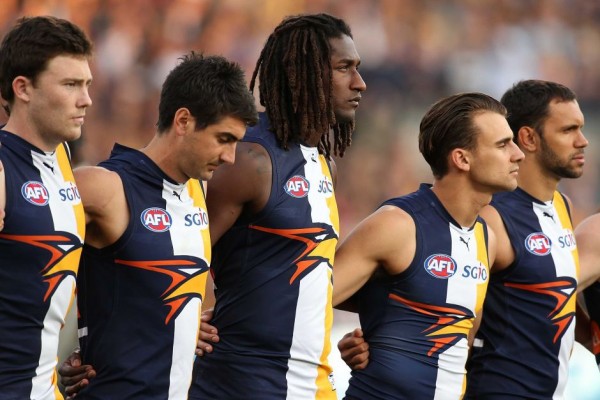 So how bad is it? Being 46% more likely to lose because you aren’t playing at Domain stadium certainly doesn’t sound like a great way to win premierships, and the proof, as they say, is in the pudding.

(Why do they say that by the way? Is it so people can eat mounds of pudding and claim they are just looking for proof of something?)

Last year’s finals series began with West Coast defeating Hawthorn by 32 points at Domain Stadium. But when they faced off again in the Grand Final, Hawthorn walked away with a 46 point win. That’s a 78 point turnaround in just three weeks! Now of course I’m not suggesting that being the away team was the only factor that influenced this outcome, but many people including myself do believe it did play a part.

So does West Coast deserve all the criticism thrown at it this year? To decide that we have to look at the facts. Why is it so much harder for teams to win outside their home ground? Because when you really crunch the numbers, it’s not just West Coast that have had a hard time away this year. In only 38% of games so far this year have the away team won, and when you bring that number back to only count wins outside of a team’s home state, that number drops to below a quarter. Clearly this isn’t isolated to one team, and the numbers are too conclusive to be chance, or a quirk of the fixture. So what’s behind it?

One thing to mention from the outset it that there is likely a psychological factor involved. Now while it is near impossible to say with certainty anything about individual psychology in a team sport, it stands to reason that teams with more experienced and mature players, as well as strong support staff are less likely to be affected by ‘away game jitters’. That being said, there are a number of more tangible factors we can look at. 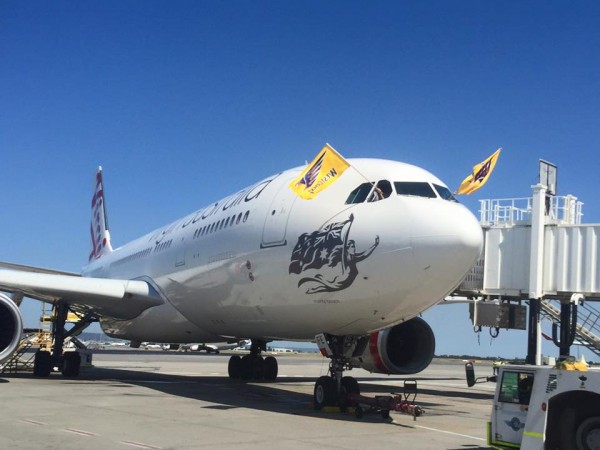 The first issue that is likely a key factor is travel. Away teams who are playing interstate have to fly out to play their game, and then fly home to prepare for the next match, This is the very nature of international sport in a country the size of ours. This matters for a number of reasons, the first of which is lost time. Between getting to the airport, waiting for your flight, actual flight time, and then travel from the airport to your final destination, teams lose effectively a whole day of preparation. With time between games ranging between six and eight days in a standard round, losing a day that the opposition can spend training or resting is not insignificant. The travel itself also takes its toll, as players are kept in cramped uncomfortable spaces for hours at a time. This is coupled with the fact that certain flights cross time zones, meaning players often experience jet-lag. This effects the teams from WA most significantly as they have the longest flight time, with the biggest time difference. While most teams will only have to make this WA round trip twice a year at most (not including finals) West Coast and Fremantle must do this every second week.

The other important factor is the grounds themselves. The stadiums of Australia are not built to a standard size, and consequently all grounds are slightly different in shape. This is more significant than it sounds. With set offensive plays and structured zone defences being a crucial part of modern game tactics, playing on an unfamiliar ground will leave many teams exposed. Players who are very familiar with the ground will be aware of such things, and also of small idiosyncrasies such as how a breeze moves through their stadium and affects the ball. Again, just like the flights, this factor affects the WA teams predominantly. Domain stadium is the longest ground of any used in the AFL, and it is also the third skinniest behind ANZ and Simmonds Stadiums. It is one of the largest grounds in terms of area of any used by AFL clubs, and this, combined with its unique shape, makes it vastly different from every other ground. This means that West Coast and Fremantle have the biggest adjustment to strategy to make when travelling to away games

The crowd is the other variable that it can be argued gives the home team an advantage. While the circumstances surrounding the Adam Goodes controversy last year were exceptional, the example makes it undeniably clear that noise and boos from the ground can have a profound effect on even a champion of the game. It has also been suggested that the home crowd calling for free kicks constantly and loudly can lead umpires to award more decisions to the home team. This is only a theory unlike the other factors discussed, but the possibility of an unconscious bias is worth mentioning. The home crowds of Western Australia and South Australia have a reputation in the AFL for being extremely vocal and passionate. As a consequence, any advantage for these teams playing at home is theoretically greater than any other club.

So what does this all mean at the end of the day? West Coast (as well as Fremantle) have to make the longest journey to their away games. They also have to adjust to other grounds with a much different shape than their own, and lose the advantage of their passionate home crowd. Does this explain their poor away record? It certainly plays a big part, but it also explains their stellar home record. When they play at home, it is their opponent that must deal with the long flight, the shape of Domain Stadium, and the hostile crowds of Western Australia. While the Eagles do have one of the greatest disadvantages when they travel, they also gain the greatest advantage at home games. This explains the statistics we found earlier. West Coast have performed better than 11th-13th, but they also haven’t played like a team that deserves to be two games clear on top of the ladder. Conclusion: West Coast have done exactly as well as they deserve. The factors that give home teams an advantage are particularly prominent for West Coast, which explains the massive range between their home win numbers and those away from WA. The biggest home team advantage balances out the biggest disadvantage every second week, resulting in what I would consider to be balance. 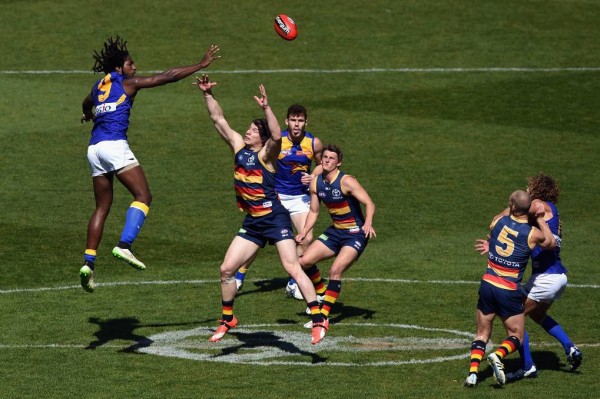 So yes, West Coast are going to struggle to win away from home, and that is a problem for the club. However they have the most reason to perform poorly of any team, and their away numbers are not significantly worse than the competition average. This disadvantage is also offset by the greater advantage they gain when they are the home team, and the more experience their players gain, the better they will perform in away games in years to come.

So what do you think? Are West Coast disadvantaged by being a WA team? Or are they simply underperforming away from home? Are there other reasons for away teams that haven’t been covered? Let us know in the comments below!

Sean is a marketing student by day and an AFL enthusiast by night. As such, he loves all things statistics - he’s like Bruce McAvaney with a face for writing instead of TV. Watch this space for some bold predictions, plenty of commentary on current AFL news, occasional insightful analysis and way too many jokes, some of which (on a good day) may even be funny!