Footy season will be upon us once again before we know it, which means another year of buying the kids new footy boots, uniform items, mouthguards, because you know, they’ve grown five centimetres since last season.

There is always one other piece of gear, which most parents do not immediately think of, the almighty footy helmet. In a sport where accidents do happen, it has become more of the norm within the AFL culture, for young athletes to wear the protective helmet for games.

It’s a whole re-education piece for the young players of today, who thought it was taboo to even mention the word “helmet” in AFL circles. I mean, we play a full contact sport, where we are more touted as being tougher than NFL & Rugby combined (I’ll cop a few whacks for that I’m sure), so the thought of wearing some form of protection is laughable.

Although the presence of helmets are rare at an AFL level and even in local senior footy, I think it is important to send the message to kids, that you can wear a footy helmet and still be cool! Hey you might even be able to get one to match your footy boots?!

Here is my personal countdown of the Top 5 AFL players to ever don a footy helmet!

SIDE NOTE: This list is compiled of players who wore the helmet for an extended period of time, compared to those who may have only worn one for a single game/few games. 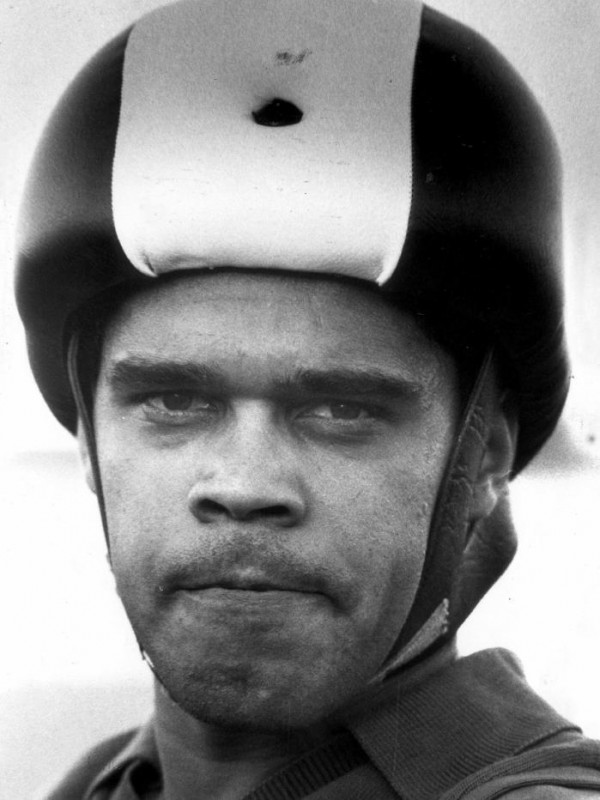 Phil Narkle is a Western Australian Hall Of Fame member. Narkle, might not be the most popular name in AFL circles, but he has certainly left a lasting legacy in WA! Wearing some of the largest, most colourful helmets you’ll ever see on a football field, Narkle was always weary of copping a head knock or two. 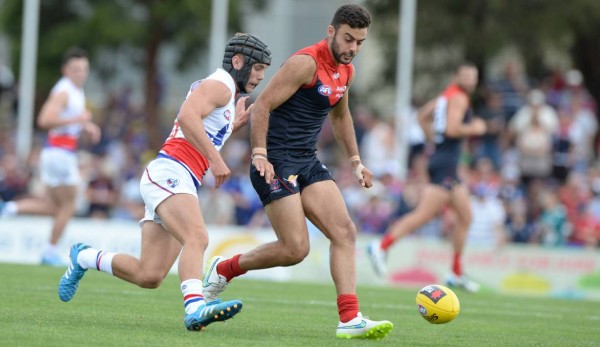 The 167cm forward is a 2016 Premiership player for the Western Bulldogs, whom immediately caught the eye of AFL fans by being one of very few current active players in the comp to wear a helmet. He’s already notched up 34 career games since his debut in Round 14 (2015) and every time you watch the young 'pup' play, there is a distinct tenacity and determination to his performance. God bless his mum, who is the main reason why he still wears the helmet to this day. Daniel explains that she was “pretty nervous about my lack of height”, so "mums the word" for this AFL star from SA. 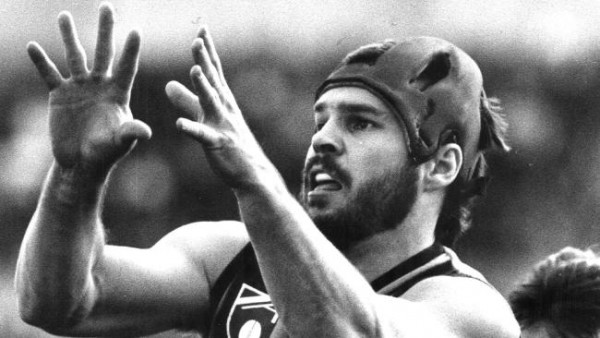 I had to find a spot for the Chief! The 1,254 goal kicking LEGEND of the Hawthorn Football Club had to wear a Helmet for a short time in 1990, due to fracturing his skull during a game. It wouldn’t be one of the best looking helmets going around, but it didn’t have any effect on the way he played, as he booted 3 goals in his return match from the aforementioned injury. 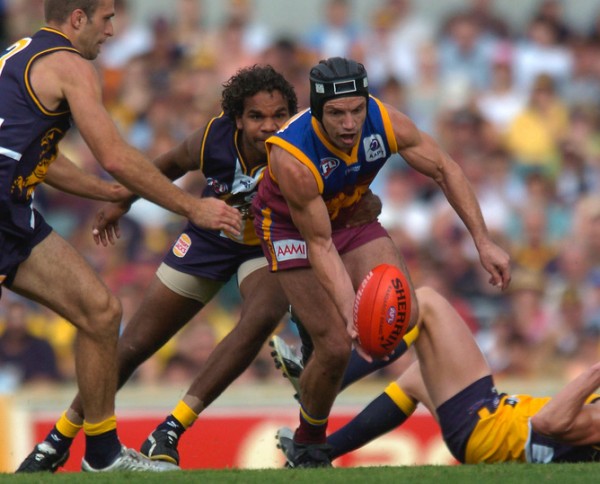 Brisbane Football Club legend, Hart played 273 games with the Bears/Lions. Triple premiership player and a Norm Smith Medallist in 2001. Playing with a helmet for most of his career, he was a tough player who was constantly copping whacks to the head. It would be rare to hear someone utter a bad word about Hart on or off the field. 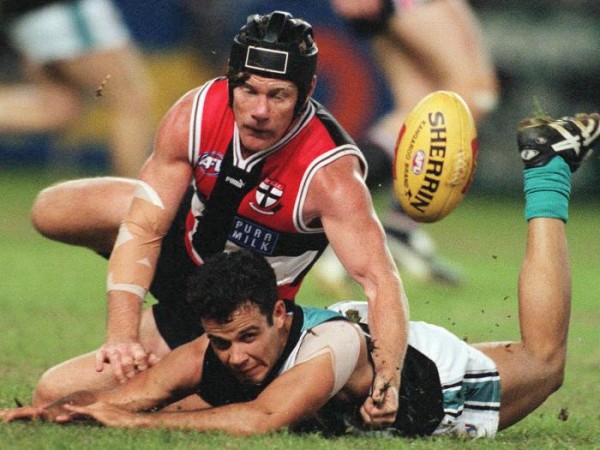 Where do you start with Burkey? Four time All-Australian, triple St Kilda 'Best and Fairest' and named as part of St Kilda's 'Team of the Century'. Nathan Burke probably should have worn a helmet from the get go of his 323-game career in 1987, as he was one of the toughest footballers to have ever played the game. Obviously wearing a helmet during his football career has served him well, as the physical element of footy has not impacted his entrepreneurial and business career, post-football!