A crowd of AFL supporters love nothing more than bellowing “BALLLL” at the top of their collective lungs after an impressive chase-down tackle by a player on their team. For the Essendon faithful, this seems to have become a weekly occurrence when Anthony McDonald-Tipungwuti is playing.

Having made an exceptional debut in dire circumstances last year, “Walla” (as he is known around the club) has been just as good this year and shows no signs of slowing down, figuratively or literally. Walla’s foot speed, physical pressure and accurate kicking is a sheer delight to Bomber fans both at the ground and watching on TV. In addition to his line-breaking speed and immense forward pressure, Tipungwuti also hits the scoreboard, having kicked 23 goals thus far this season and sits 4th on the club’s goal kicking list. 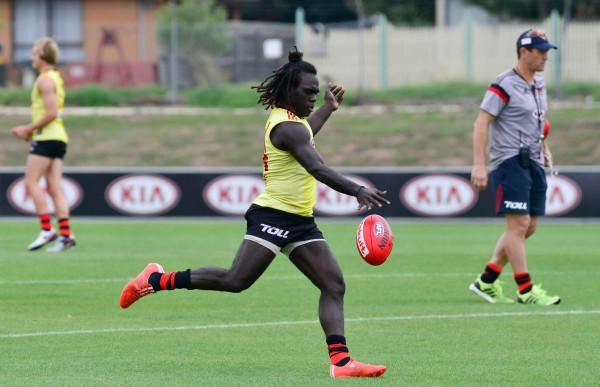 Compared to last year, the Bombers have improved their ability as a team to hit the scoreboard and score more heavily. This is evident in big wins against West Coast (round 9) and Port Adelaide (round 12) where they scored 125 and 131 points respectively. Walla is part of an increasingly dangerous and improving forward line, where five forwards have kicked 10+ goals. 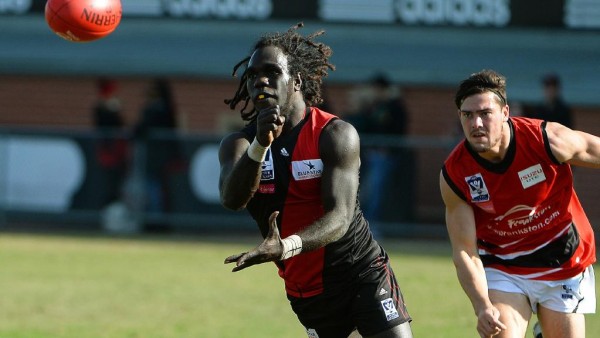 As well as being 4th in the club goal kicking, Walla is also 6th in the club tackle count, with 53 tackles. This is even more impressive when you consider the five players ahead of him is the core midfield group; Merrett, Zaharakis, Heppell, Watson and Goddard. This means that McDonald-Tipungwuti has laid the most tackles of all Bomber forwards and is exceptional in his role as a small forward; putting pressure on opposition defenders and trying to lock the ball in the forward 50.

The term “X-factor” dangles on the edge of cliché, however, this just simply what Tipungwuti brings to every game he plays. His presence alone seems to inspire and excite teammates and supporters alike. What’s not to love about the silky-smooth skills, physical toughness and goal-scoring ability that encapsulates Anthony McDonald-Tipungwuti?! That is why he an increasingly popular fan-favourite not only with the Bombers, but within the entire competition.