Tam Dimachki
Share
Do they really impact the player's performance?

The game was about to start, so I hurried to sit down on my friend’s couch. Suddenly he screamed, “Don’t sit there!” I froze. Staring at my panicked friend in shock, I cautiously uttered, “Um, ok… where should I sit?”

He instructed, “Sit over there… just not in that seat! The game is going to start and I don’t want you to jinx it.” Baffled by this impulsive demand, I began to think… was I the issue? Or was it the seat? Or do I dare suggest his beloved team?

Regardless, I moved to another seat, less tainted by superstition. I began thinking… if this is how AFL supporters act, what whacky pre-game rituals existed for the AFL players themselves?

1. Hawthorn FC’s Jarryd Roughead, prefers to hug all his team mates before a game instead of giving them a high-five.

2. North Melbourne FC’s Nick Dal Santo, refuses to touch the ball pre-game, as it may impact how often he gets the ball during the game. His pre-game meal is Japanese chicken teriyaki with sushi each week. 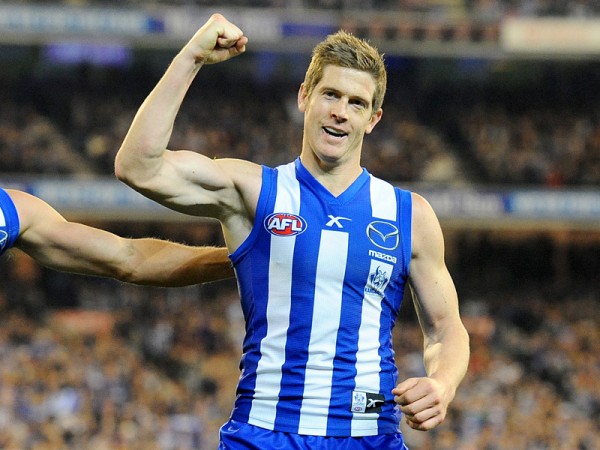 3. North Melbourne FC's 400+ game veteran, Brent “Boomer” Harvey used to scratch his toes before putting on his socks to ensure that his feet were really smooth (pre-game)!

4. Former St Kilda FC player Max Hudghton, was known to wipe off certain lines or certain letters of words on the whiteboard (in the change rooms) before the team ran out onto the ground.

5. Melbourne FC’s Lynden Dunn, picks out three pairs of jocks (from his drawer) he lays them on his bed and his girlfriend then selects the one he should wear for the game (each week).

6. Geelong FC’s Jimmy Bartel, is known to wait until the last seconds before a game, before getting ready. 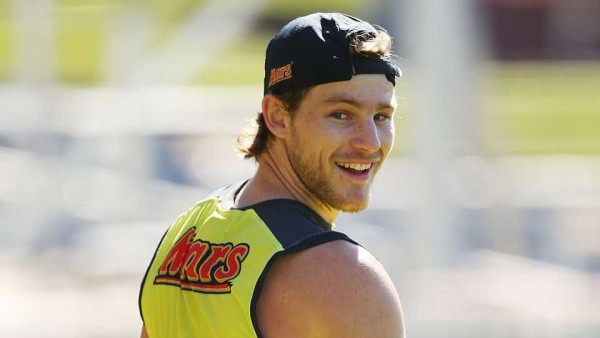 8. Richmond FC’s Jack Riewodlt, likes to be the last out of the change rooms and the last to step out onto the ground before a match.

9. Essendon FC’s Michael Hurley, (when travelling for an away-game) has to be the last person off the bus.

For your viewing entertainment, check out the featured video of Port Adelaide FC SUPPORTERS pre-game ritual.